In Dying Light 2 game you are playing the role of an infected survivor, Aiden Caldwell, as he tries to make a change in The City, which serves as a home for the local groups of both infected and survivors alike.

In the post-apocalyptic world, where people desperately fighting for resources can be as dangerous as the monsters lurking in the shadows, you are the last hope of the falling society, and your decisions will determine its fate. 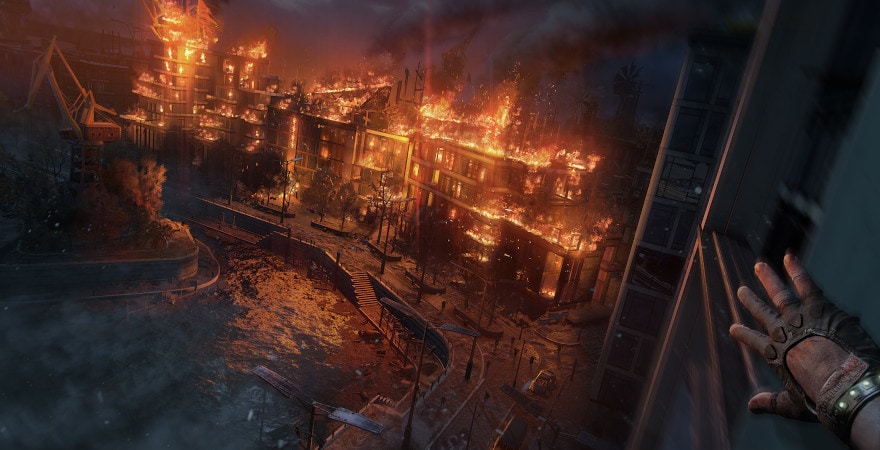 Dying Light 2 is a survival horror action RPG played from the first-person perspective. It takes place in a post-apocalyptic open-world environment which is four times bigger than it was in the previous game.

It also changes according to certain decisions you make. As a result, certain parts of the world may become closed and inaccessible, encouraging multiple playthroughs to fully appreciate everything the game has to offer.

Both parkour movement and melee combat are playing a huge role in the title, though ranged weapons such as crossbows and shotguns are also present. Weapons can be upgraded to increase their stats and improve their efficiency.

The weapons are also susceptible to damage and will slowly lose their effectiveness – they can be broken if overused, forcing the player to be prepared to quickly find an alternative weapon to fight with.

Zombies present in the game are weak to the UV light, which combined with the day and night cycle lets players deal with dangers in a more creative way, rather than blindly rushing forward.

Dying Light 2 can be played either solo or in online co-op mode together with up to 3 other people, where it’s possible to experience the entire campaign as a team, where players need to cooperate and help each other out in order to overcome the awaiting challenges. 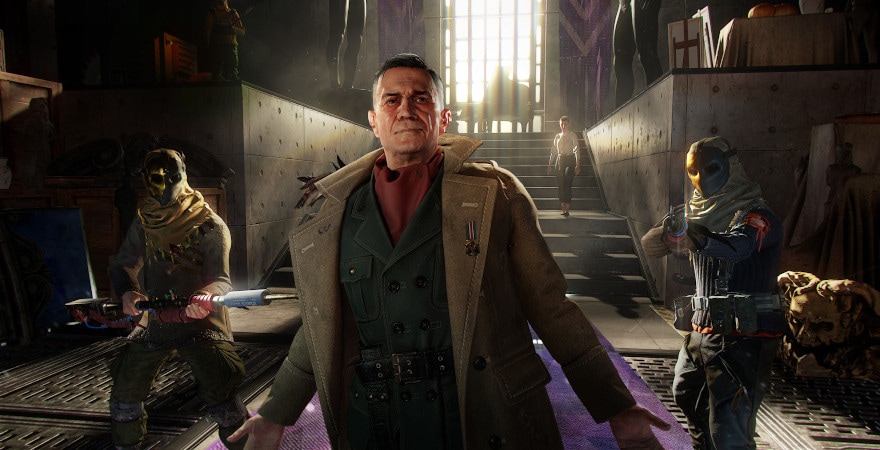 Dying Light 2  received favorable pre-release reviews with the emphasis being put on the open-world four times bigger than the one present in the prequel, as well as the improved fluid parkour movement that gives players more freedom in how they can travel the city.

Reviewers also noted the more mature and deeper story, as well as dozens of impactful choices players, are given throughout the game. An addictive 4-player co-op mode was also mentioned as one of the title’s stronger points.